9 photos
For this work I have photographed three hills and their surroundings, all in the vicinity of Sunderland. These hills have prehistoric and archaeological significance and were of utmost importance to our ancient ancestors about four thousand years ago. This is evidenced by the fact that the sites, especially the hill-tops, were used as burial grounds that overlooked the surrounding land.

To me, these hills speak of a time when mankind was starting to literally settle down and make the transition from just living off the land to controlling the land. Ideas of ownership, boundaries and status were born and developed. Wandering tribes merged, built settlements, cultivated the earth and transformed themselves into societies.

With the exception of the Copt Hill barrow, there is now no obvious physical evidence left in the landscape of these people and their activity.

As well as providing a visual documentation of the sites; of how they and the surrounding landscape appear today, 800x600 it has also been my intention to examine the relationship that we have with them, both as a society, and individually. 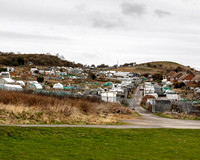 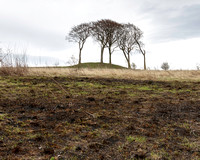 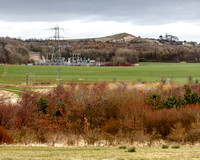