Home»All Photographs»Projects»The Cats in The Willows 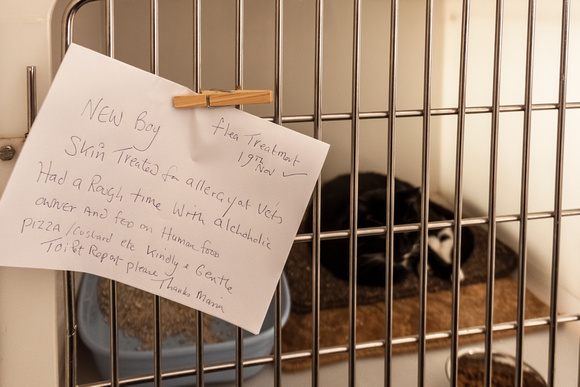 The major reason cats need new homes is due to simple numbers. Cats are prolific breeders and it's vital that queens especially, are spayed as early as possible. Unfortunately many cats also require adoption due to social issues such as substance abuse and extreme poverty affecting their human owners.
According to the charity 'Cats Protection', increased financial demands on many owners since the 2008 economic crash have resulted in many more unwanted cats.
No EXIF information is available
© Mike V
Powered by ZENFOLIO User Agreement
Cancel
Continue